One of my favourite memories from my time at the shop was when G. (not her full name) received a Christmas present from her son in Gibraltar.

The shop had just been taken over by a larger company and a lot of our new stock had yet to arrive when an exceptionally grumpy man made his way through the doors.

G. had already demonstrated her Christmas present – a Catherine Tate voice box – to the rest of us in the staff room. It looked like a small remote control with six buttons. Each of these, when pressed, produced one of Catherine Tate’s catchphrases. 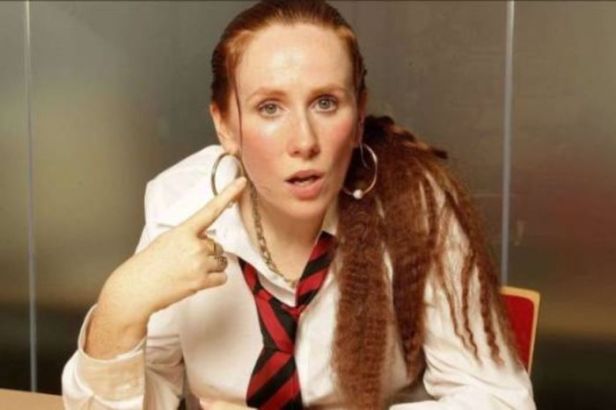 So, this miserable chap came in, 7.30 in the morning, and filled a basket with the usual things: milk, newspaper, tea, sugar, bread, and then, went about searching the alcohol shelves.

After some minutes of tutting to himself, he wandered over to G. and asked her where the ginger wine had got to.

She explained, as she scanned his shopping and took his money, that we were still waiting on some of our stock but, given the time of day, even if we’d had it, she wouldn’t have been able to sell it to him. It was still too early.

As she handed him his change and receipt, the man decided to focus on the fact that we didn’t have the bottle in question, and told G. that the shop was going to hell in a hand basket, turned on his heel and stormed off towards the door.

As he pulled the door open, G. pressed one of the buttons on her Christmas present beneath the counter and he stopped dead.