I was at school when AbFab was on the telly. It was the constant in the transition from Croydon to Devon – AbFab was on, and it was great. 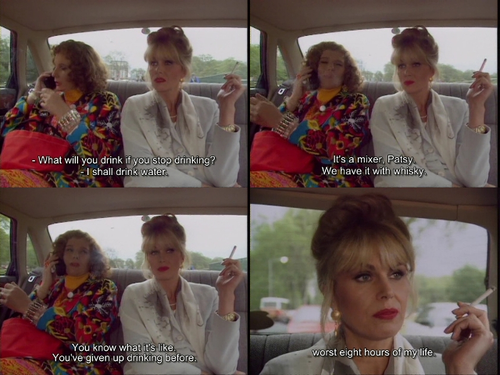 It had everything: the role reversal of the mother-daughter relationship, bad behaviour among the adults, the very best of insult comedy, and one of the best casts ever assembled. Yes. I said it. 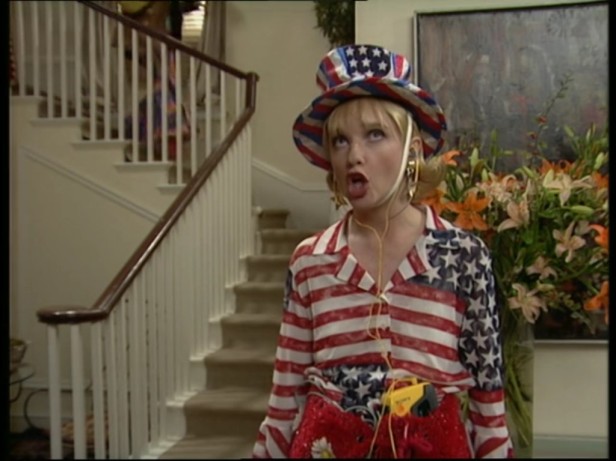 One of the best scenes was very early on, and Eddie needed her assistant, Bubble, to make some major changes in her diary:

Eddie: “You, remember cancel my aromatherapy, my psychotherapy, my reflexology, my osteopath, my homeopath, my naturopath, my crystal reader, my shiatsu, my organic hairdresser, and see if I can be rebirthed next Thursday afternoon.”
Bubble: (crosses her fingers) “Consider it done.”

Under what other circumstances would we ever have seen Joanna Lumley, sitting up in a burnt out kitchen, black with soot, having inhaled the whole room, having fallen asleep with her cigarette? 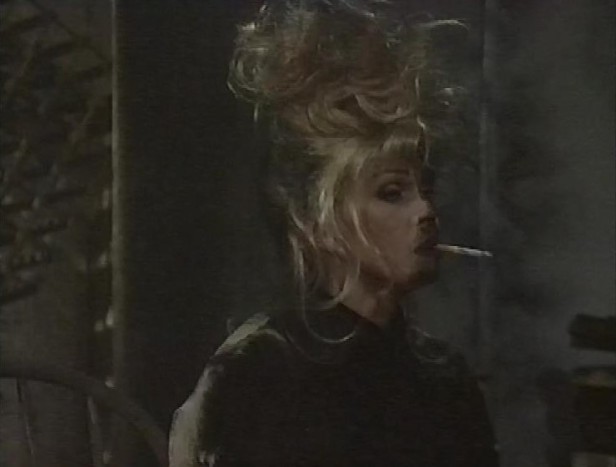 When they went skiing and tried following the song and actually sipping Napoleon brandy without getting their lips wet.

When Saffy got married to Paolo, who was more interested in her skinny bridesmaid, chosen by Eddie.

When they went to France and wound up staying in a small, run-down cottage with little or no food in it, because they couldn’t speak enough French to know that they were supposed to be in the grand chateau up the road.

When Eddie and Patsy took Saffy to Morocco, and insisted that Saffy was not ready for the heat. Whereupon, they both fainted, and Saffy was the only one left standing as the airport doors opened. 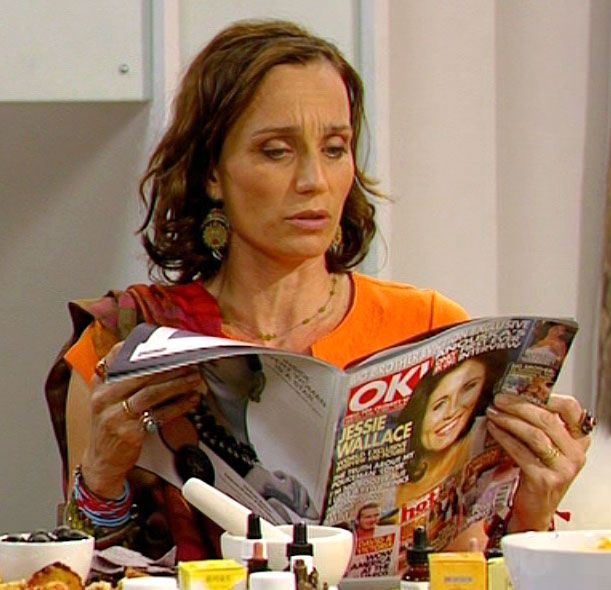 If I ever need a pick me up, that’s the go-to quote in my head.