Back in the day, I listened to a lot of Britpop. It is the sound that epitomises my trek through adolescence, and marks my arrival at any number of driveways and supermarkets across the land – Blur, Pulp, Oasis. In that order.

Now, true, sometimes I switch to MIA or Abba, throw in a little Basement Jaxx, a hint of Gaga, a heaping helping of Muse, but when times look rough, when the sky is a little darker than it needs to be, or I’m just feeling a little – icky – I know there’s only one thing that will make things better. I need Modern Life Is Rubbish. 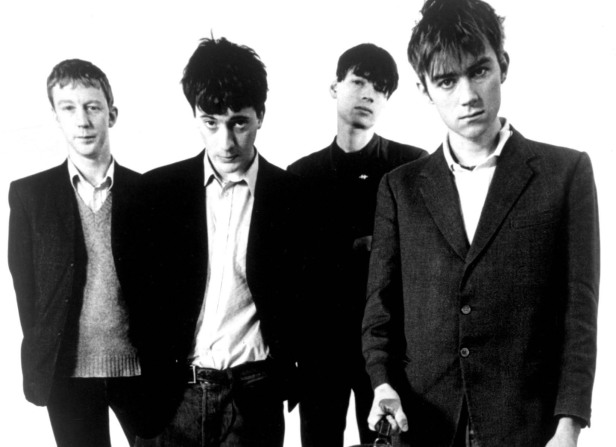 When I was leaving Croydon, we had a leaving party. A bunch of my friends came along with farewell gifts. I seem to remember an extraordinary amount of cake. Claire Booker had managed to nab an exercise book from French (I knew it was from French because it had a buff red cover), and got everyone in my year to sign it. Sadly, I grew in a time of fountain pens and sunshine, and as such, many of the signatures have faded. That said, I can still see a trace, and it warms my heart.

Getting back to the leaving party, two of my pals had clubbed together and bought me an album on cassette, I suspect, in an effort to bolster my non-existent cool. It was Modern Life Is Rubbish.

They saved me from a big old bout of mind-melting insanity when Take That broke up a few months later. I might have gone to pieces, like everybody else. Instead, I barely noticed.

I was sitting in my little bedroom, magnolia wood chip on the walls, a paper lantern on the pendant fitting, chugging down litres of off-brand coke and blasting Blur directly into my brain.

If you’d like a little insight, go mad. Watch ‘For Tomorrow’ here: