He’s just one of those actors who I could, quite honestly, look at for hours and I know exactly what I’d think: Look at that face. Thank the very Universe that he’s an actor. Can you imagine him in any other job? I can’t even guess what he would look like working in a bank.

Very like Powers Boothe and Ian McShane, who will doubtless get their own days in this run of 365, I could lose myself completely to a face like that.

I mean, really. Look how beautiful.

I suppose I first saw Danny Trejo in Bubble Boy. A wonderfully comic, sweetheart of a film in which Danny Trejo plays a tough-nut biker with a heart of gold, who gives a lift to the titular character, and helps him in his endeavour to halt the wedding of the girl next door.

I next saw him in Breaking Bad. Now, I have a confession. Brace yourselves. Deep breath.

I know – that might have been something of an anticlimax but the fact remains, when I first caught Breaking Bad, it was on a DVD boxset, which belonged to my brother Ben.

I missed an awful lot of plot, because no matter which button I pressed, the subtitles wouldn’t come up. Thus, with the exception of the word ‘muerte’ – which I fancy has something to do with death – I was at a loss.

But I got a huge amount from his face, because how could I not? 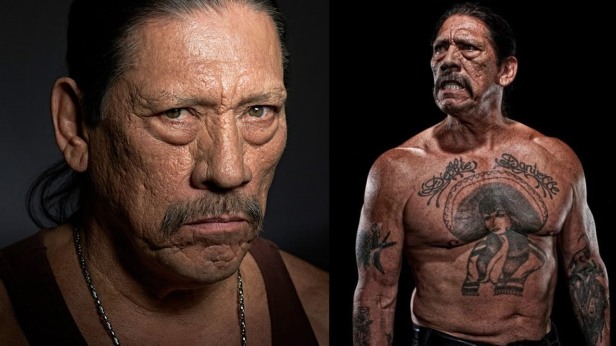