Now, this was supposed to be my happy thought a few days ago, but I hadn’t rewatched the whole thing being, as I was, spattered head to foot in magnolia silk paint and trying to measure the hall floor. However, the times they are a-moving along quite swiftly and I’ve had a chance to sit down.

A wonderful, rich and emotional story, beautifully shot with a gorgeous cast, wonderful characters and why in the hell it’s not on the iPlayer, I’ll never know.

The drama revolves around a large family in the turbulent years between 1937 and 1947. Based on the novels by Elizabeth Jane Howard (I’ve got the first and will, no doubt, review it as soon as the hallway floor is down), The Cazalets is a six-part series from 2001.

Lots and lots of hats.

Upper-class wartime stuff is a firm favourite, I suspect, across the whole country, but it certainly was in my house. I had parents who were born into the war years, and we all romanticise the time we were born into. Lord knows, I do it with the eighties.

Sitting down to watch The Cazalets with my mother, I wasn’t expecting to see a much-sweeter version of myself on the screen but there she was – Rachel Cazalet. I cannot overemphasise how important this was to me. 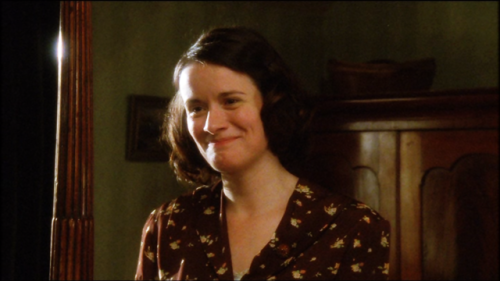 Now, it’s true, I have a little too much aniseed in my blood to draw a direct comparison, but Rachel Cazalet is warm-hearted, self-sacrificing, charming and deeply in love with a woman. This meant the whole damn world to me at the time, and still does, because it was so unusual to see someone (even a little bit) like me in a period drama. My dear mother insisted that it was fiction and “throwing lesbians into everything is just what writers do.”

And here I am.