Oh how I love Fawlty Towers. As far back as I can remember, we always had a video of an episode or two of Fawlty Towers. I’m pretty sure we had the same wallpaper they had in the dining room in our living room when I was growing up.

There’s just something about the thwarted man that screams British comedy. Evident in Hancock’s Half Hour, One Foot In The Grave and, perhaps more than anything else, Fawlty Towers.

So many moments from the series have slipped into the common consciousness: Basil attacking his red mini with a decidedly limp branch because it won’t start. 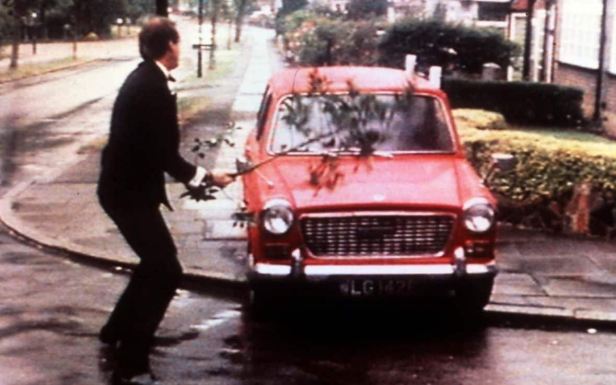 Basil telling the rather haughty and Deaf older lady that she can see the sea, “it’s over there between the land and the sky.” 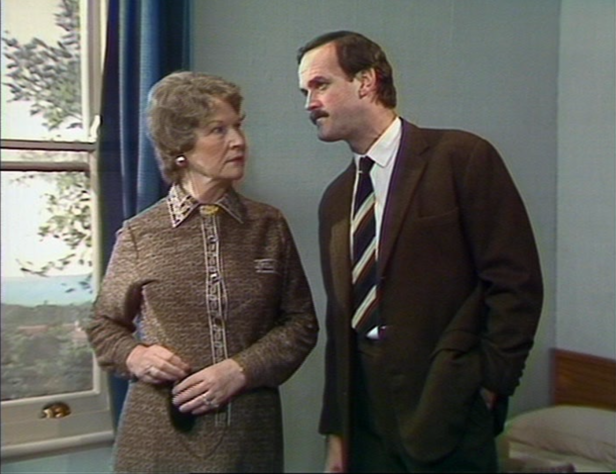 When Basil secretly placed a bet on a horse, and Polly had to pretend the winnings were hers. Sybil asked Polly what the name of the horse was, and Basil started miming desperately, flapping his arms and pointing at his wife to indicate the name – Dragonfly – and Polly guessed Flying Tart.

The way Basil fawned over Mr. Hutchinson because he’d mistaken him for a hotel inspector and was terribly eager to make a good impression.

As much as I love Basil Fawlty, my favourite character was always Sybil.

I don’t suppose any of us can imagine what compelled her to marry Basil, but I always thought she enjoyed getting good and mad at him. Besides, she’d never be short of laughter with a chap like that.

My favourite line of hers came in the first ever episode.

< Basil gives Sybil a peck on the cheek >
Sybil: What are you doing?
Basil: I’m kissing you, dear.
Sybil: Well, don’t.

The astonishing thing is this: there were only ever twelve episodes.

Twelve episodes, each and every one older than me, and I imagine they’ll be funny and treasured for as long as people can laugh.