I’m pretty sure I’ve already written a post about being hopeful and carrying on regardless, but that’s not what I’m talking about today.

What I’m referring to is the continuation of hope despite all odds.

Warning: some of this is sad.

My mother had MS. Now, for those who don’t know – there are many different types of multiple sclerosis. Most people, I think, are familiar with the relapse and remission type, and the slow and steady decline. My mother’s was the slow and steady decline. It was a little bit like the ageing process in the worst possible sense; in that, it started when she was thirty. By the time I came along, she was almost exclusively in her wheelchair. I can’t remember a time when she could walk, although I’m told I should remember, at least vaguely. After my father died, she got a lot worse, and a lot more quickly than before. 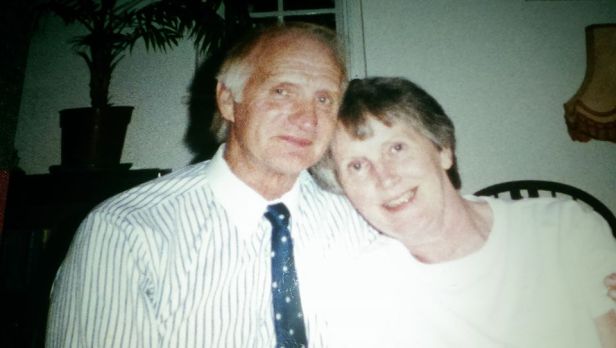 She had a button system to control her immediate environment. She could press the button to answer the phone, or turn on the telly, she could open and close the curtains and switch off the lights. It was a great system, found for her by her best friend, Graham – the psychiatrist who punched a seagull on my twenty-eighth birthday. (It’s a long story.)

The seagull was trying to steal a cube of butter. (Okay, not that long a story after all.)

Anyway, my mother’s way of addressing her illness was to own it. She was amazing. No part of the condition, nor what it did to her, could overtake her, because she owned the blasted thing. It’s a wonderful attitude and I think it helped her to look at it that way.

The other thing that made a lot of difference to her was her absolute conviction that there would be a cure next Wednesday. Now, I’ll admit – that was a tough one to live with.

Because, of course, there wasn’t a cure that Wednesday, or the one after, or the one after. And her disappointment, although brief, was crushing. However, within minutes, she’d shake it off, convince herself she’d got her weeks mixed up, and start focussing on the Wednesday after. She kept that feeling going for forty-two years.

As much as it is hard to see someone you love, broken but hopeful, it’s instructive. No matter how lousy things might seem to be, they might well be fixed by next Wednesday.