Oh, what fortuitous timing for the word ‘gorge’ to appear.

Herewith, the much-anticipated plastering. There are pictures.

It started back in the summertime, when I first contacted my plastering friend because I had a section of render which had popped and cracked at the front of my house. This was entirely down to the plethora, indeed the plethora, of bindweed choking the building and scrambling its way into near-housemate-status, but without the splitting of bills. 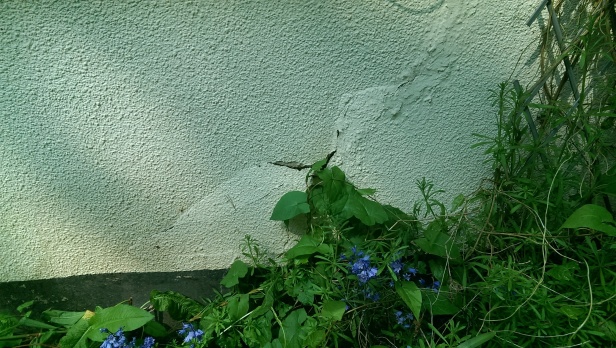 A handful of months and messages passed between myself and my buddy, and result was what I believe our American friends call ‘bupkis’.

By this point, I had been above and beyond the bounds of friendship and sneakily tried two other plasterers: one who didn’t answer his phone and another who was booked up for the next year and a half.

I had a brief chat with one of my Movie Night ladies, who never shows up but likes to know what I’m showing, and I heard myself saying that plaster was not my forte. And it was like an epiphany. Plaster is not my forte, but that’s no reason not to try. No matter how hideous the end result, I’ll still have done one better than every workman I have tried, because I will have done it.
With that in mind, I spent several days dragging the bindweed away, digging up roots, moving bluebell bulbs, and knocking the bad plaster off the wall. Rather more of it came down than I would have expected but hey-ho.

In for a penny, in for a pounding backache.

I mixed twelve kilos of rapid-setting concrete and got to work.

And then I ran out of concrete.
Indeed, not being in my traditional milieu, I had no idea of exactly how to estimate the quantity of concrete needed, and I was way off. So I went shopping and started back at it the next day.

I decided (I can’t think, for the life of me, why) that I should get to work at the patch under the kitchen window at the same time. 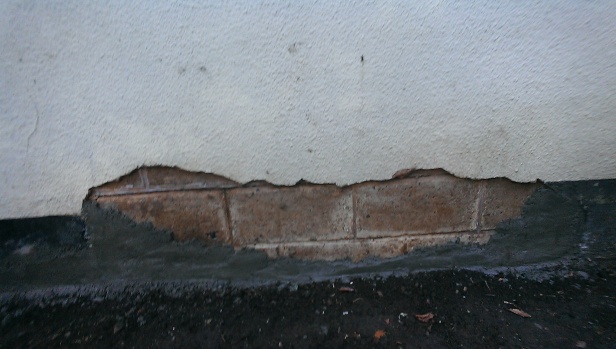 The sacks of concrete that I bought were tremendously impressive because each came with a screw-top spout. One merely needed to flip the bag over a few times to loosen the contents, pour in a predetermined and measured amount of water through the spout, secure the lid and flip the bag several times again to mix.

No more muddied trowels and spattered sink for me.

Except that what actually happened was, on opening the bag, I discovered a more than adequate quantity of grey water slopping around a core of heavy rock. I bashed it repeatedly, and somewhat angrily, with my apprentice trowels, but it was to no avail.

Fraught and with little in the manner of ideas, I dove my hand directly into the concrete and crushed the solid centre with my fist. Ooh, I know, I’m quite something. And that’s how I got cement burns all over my hand.

Because I am in the process of writing a murder mystery, some months back, I asked my buddy Dave how one would dispose of a body. Theoretically. I’m not that bad an influence. He said lime would probably be the easiest way, because it could burn through bone. I have been informed that it was almost certainly the lime in the cement that burnt my hand. So, in effect, I have pre-pickled myself.

Anywho, the work would not do itself, so I continued, in a slightly slower fashion, but I continued. 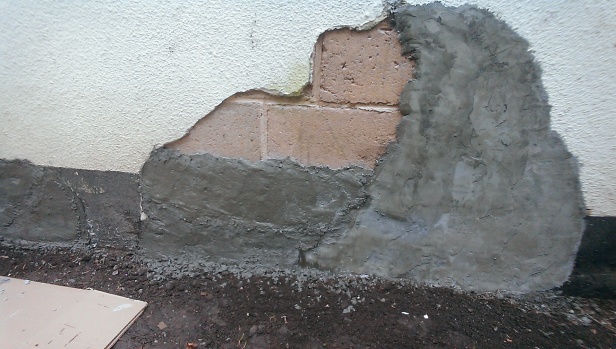 I can only express the slightest modicum of disappointment in myself that I did not think to continue with the rapid-setting concrete with which I began the project. To my credit, there was no ‘rapid-setting’ anything in the hardware store when I went there, so it was hardly my fault. However, the slower stuff can be rapid, in its journey sliding down the wall. 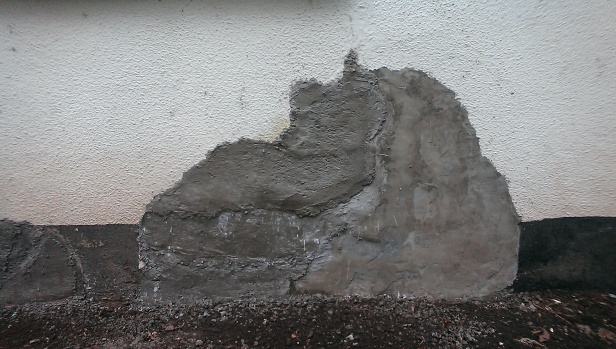 Unperturbed, I kept going, and now we have arrived at a point of paint. 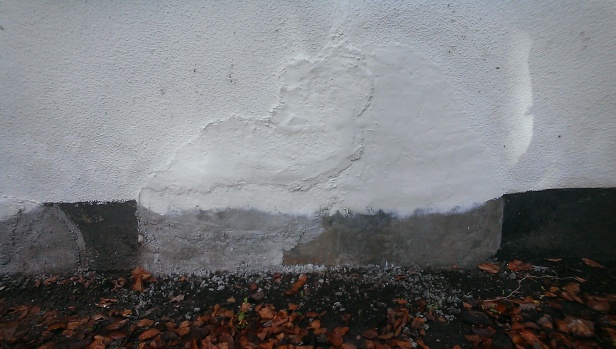 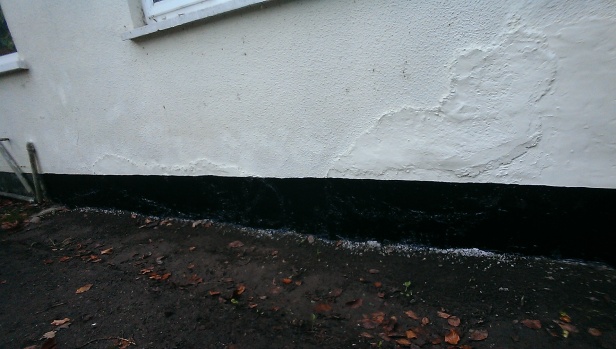 And, do you know, I think those parts of the wall that speak so clearly of my talent will be excellent locations for enormous tubs of flowery things.

In all honesty, it may not be pretty, but I think it’s gorgeous. Or, indeed, gorge.

4 thoughts on “The Wall”